Jerome has coached more than 100 athletes in achieving their running goals since 2004, many of which have run sub 3 hour marathon. He also coached the Galway City Harriers senior female team who won the national marathon championship in 2016 and 2017, finishing second in 2018. Jerome is qualified as an Athletics Ireland Assistant Coach and Level 2 in Athletics Coaching, as well as a been a level 4 Injury Sports Massage Therapist with IMST (Institute of Massage and Sports Therapy) and ITEC (International Therapy Examination Council). He races regularly, preferring the longer distances and has completed more than 30 marathons (IAAF profile) and many ultra-marathons up to 100 miles (D.U.V. profile).

Get Started with your Marathon Coach 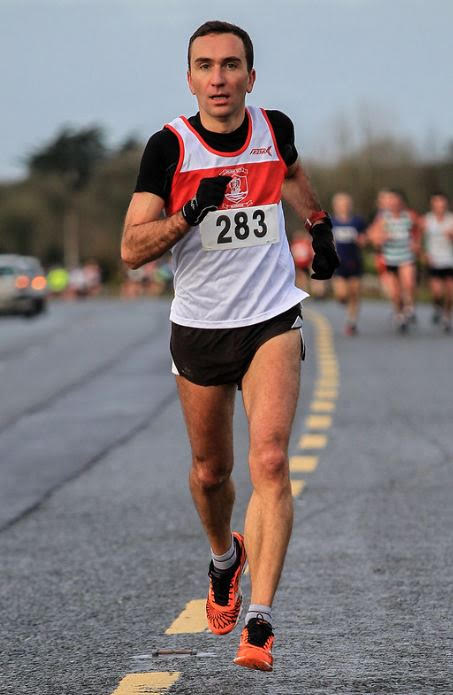 An educator by profession, he began coaching in Kerry way back in 1988 and this is his 10th successive year coaching in Galway. He is passionate about allowing athletes of all abilities try things out and find a niche where they are happiest. He enjoyed many of his own happiest childhood memories as a sprinter, jumper and relay team runner from juvenile all the way into Senior and won medals at provincial and national level in those events at various ages. He still trains for and competes in those same events as a GCH Masters athlete.

If you a Club Member or a parent of a Juvenile Athletes who would like to become coach or leader in any section of GCH there are a number of steps to getting involved.

Any coaches who are interested in completing in further coaching training and please let us know and we will facilitate this where we can.

There is more information on the Athletics Ireland Coaching Structure here.

It is important for GCH for new coaches to come on board and get involved, as coaches are not made overnight.  Training new coaches and getting them on board will provide back up and assistance to the existing coaches and build on the success of the Club into the future.

If you are interested in any coaching training, please contact us so we can get the courses set up. secretarygch@gmail.com